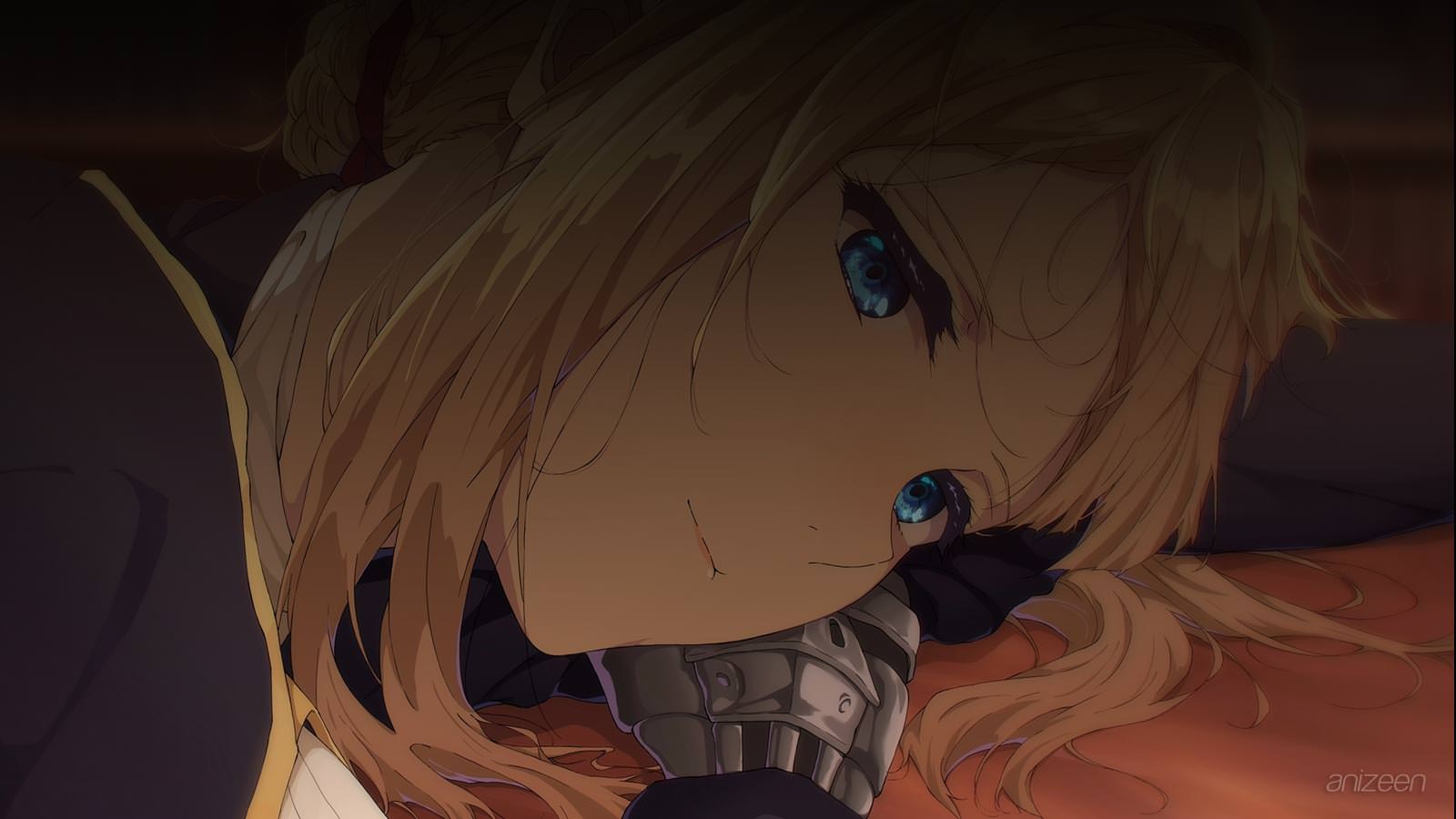 In a continent named Telesis, the Great War that divided the continent into North and South has ended after four years.

Afterward a violent battle, Violet has been healing in a hospital. She served in the Leidenschaftlich Army under Major Gilbert Bougainvillea’s orders. She was an orphaned child who exhibited extraordinary fighting capabilities, for that reason, Gilbert adopted her.

Now, it has been several months since the war ended and Lt. Colonel Claudia Hodgins has come searching for her. He is not able to tell Violet that Gilbert was lost in battle, the same day she was wounded.

She lost her arms fighting, and now, suffers a temporary amnesia. However, she still remembers receiving a green-colored brooch from the Major.

Violet was known as “the weapon”, or a simple war tool if you get serious. Hodgins was asked by Gilbert to look after her, and finally decides to take her with him. Now, he owns a company, CH Postal Service, helping citizens to communicate with their loved ones, even if they cannot write.

She is introduced to Benedict, a postal worker who works with Hodgins. He introduces her to the company’s activities. As a former military officer, she is disciplined, and works until she finishes her duty. It is an annoyance for Benedict, who prefers to take it easy.

Late that afternoon, Benedict tells Violet she should try delivering the letters; she has no problem and begins to do it. Meanwhile, Hodgins is looking for money to finance the company and sees Violet working outside in the street.

Alongside with Benedict, they have dinner, and Hodgins tells her to stay at the office, there is enough room for her to live in the attic.

The next morning, a client comes in early, and asks Violet to write a letter for him. He is referred to one of the employees, or Auto Memory Doll, who begins to write the message.

Violet sits near and listens, at the same moment; she seems to have a flashback of the last battle. In addition, when she listens to the phrase “I love you”, she is moved by her words.

Violet also wants to carry people’s thoughts and convert them into words. In the process, she wants to learn the meaning of the words “I love you”, the last she can remember Gilbert speaking to her.

Hodgins also remembers how everyone referred to Violet, as a heartless person. In the past, she just followed orders, and now, she expresses her own will for the first time.

Violet Evergarden
(ヴァイオレット・エヴァーガーデン)
A light novel series written by Kana Akatsuki and illustrated by Akiko Takase. It won the grand prize in the fifth Kyoto Animation Award’s novel category in 2014, the first ever work to win a grand prize in any of the three categories (novel, scenario, and manga). An anime television series adaptation by Kyoto Animation start airing on January 11, 2018.
OP
1. “Sincerely” ~ TRUE
ED
1. “Michishirube” ~ Minori Chihara, “Believe in…” ~ Aira Yuki
WEB