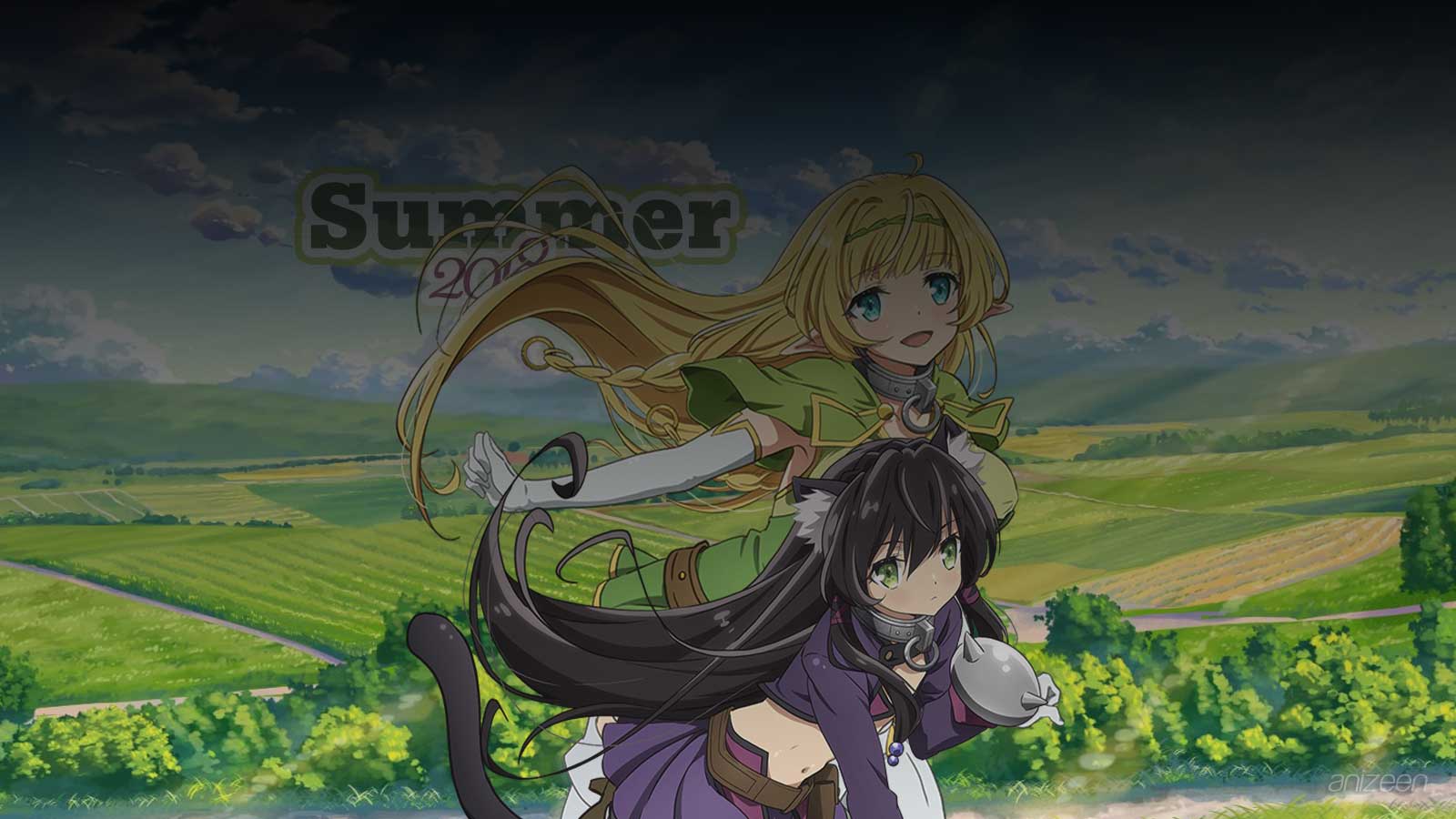 A lot has happened in our world, however, every four years everything slows down once the World Cup begins. For those that dislike soccer, it is a lonely month. Do not worry; you will have a lot more to entertain yourself during the season.

The Summer Anime Season 2018 is here, and it has enough series to fill your loneliness.

We begin in an isolated island, for several years now, the inhabitants cut all contact with the mainland. In Island, their society is usally lead by three families, however, they suffered a series of misfortunes and succumbed to suspicion. Now, everyone needs help, and the key to saving the island lies in three girls who belong to these families.

Back in the mainland, we meet badminton coach Tachibana, he leads the high school team, and however, he seems to be more enthusiastic than his students are. In Hanebado!, one day he bumps into Ayano, a quiet girl who has experience playing, but lacks motivation to join the team. The coach will do whatever it takes to change her mind.

Meanwhile, in a bizarre setup, three yakuza failed their boss for the last time. In Back Street Girls: Goku Dolls, their boss is sick and gives them 2 choices. Honorably committing suicide, or go to Thailand to get a surgery in order to becomes “female” idols. After a gruesome yearlong training to become idols, they successfully debut. This is where their tragedy truly begins.

In a video game world, we meet Takuma, or Diablo, known as the strongest Sorcerer there is. In Isekai Maou to Shoukan Shoujo no Dorei Majutsu, one day he is summoned to a differente world and meets a couple of girls who proclaim they will enslave him, however, one of his character abilities activate, and they end up under his control. Takuma freaks out; after all, he has no clue how to interact to people, less if they are girls.

Back in Tokyo, being a male and look feminine is a curse for Aki, who decides to live on his own in order to change his life. In Sunohara-sou no Kanrinin-san, he is once again confused as a girl, and ends up living surrounded by girls. Ayaka will became his caretaker, and he will have to deal with Nana, Ayaka’s sister, Yuzu, Sumire and Yume.

In addition, we meet Rachel, a teenager who awakens to find herself trapped in a basement of an abandoned building. In Satsuriku no Tenshi, she has lost her memory, and as she wanders the place, she comes across a man covered in bandages, who seems to be a serial killer. He introduces himself as Zack as he wields a sickle. Together, they will try to fin a way out of the building.

Back in the digital world, six years ago, Haruto used to be part of a legendary party in a popular MMORPG. However, due to an incident, one of his peers dies. After that, the whole team goes separate ways. In Shichisei no Subaru, he decides to enter a new game known as ‘Reunion’, to his surprise, he meets Asahi, one of his old friends… and his childhood friend who should have died long time ago.

In Hyakuren no Haou to Seiyaku no Valkyria, we find Yuuto, after taking a selfie with his mobile phone in front of a divine mirror in a shrine, he is transported to another world. Fortunately, for him, his phone can be charged with solar energy, and he will make good use of it, and help the Wolf Clan to find prosperity.

In the meantime, we find find Satou who has a reputation for being a promiscuous high school student. In Happy Sugar Life, one day she meets a much younger Shio, and she is convinced to have found true love for the first time. Satou seems sweet and innocent; however, nothing will stop her, and she will protect her new life at all cost.

If you are looking for a new season for your favorite series, maybe you are lucky, among those you will find: Overlord III, Free! Dive to the Future, Shingeki no Kyojin Season 3, a DB special in Super Dragon Ball Heroes, Marvel Future Avengers (2018), Idolmaster Cinderella Girls Gekijou (2018), One Room: Second Season, Yama no Susume: Third Season, Hataraku Onii-san! No 2!, Yami Shibai 6, Zoids Wild or Gintama. (2018).