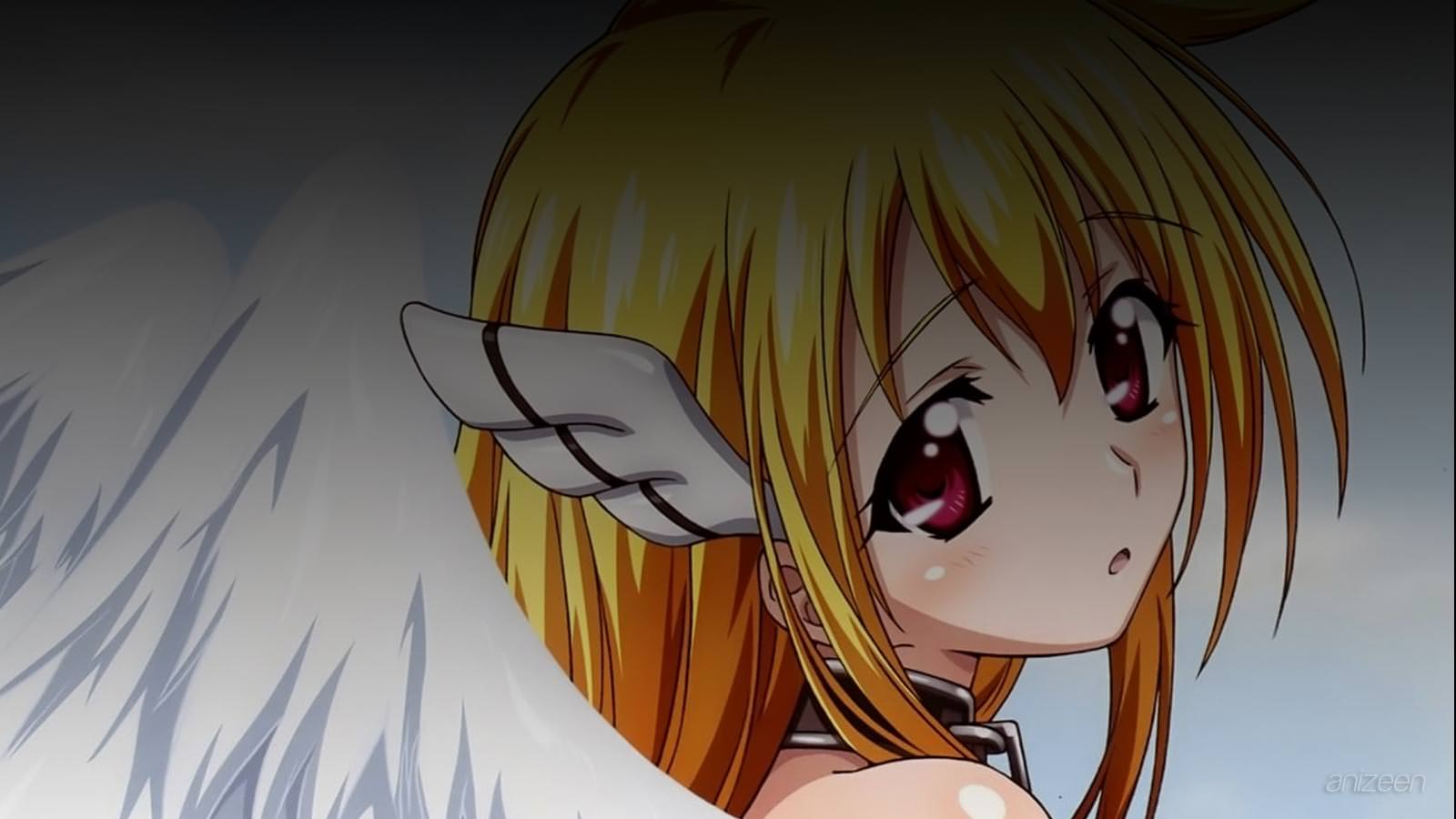 Tomoki Sakurai’s peaceful life is far away in the past, he has to deal with two angeloids, Ikaros and Nymph, along with his friends from school, each one of them very special on their own ways.

Tomoki’s dream about an angel warning him from the rage of heavens is getting very common at his sleep, then one day a new angel who has power up to the standar of Ikaros arrives Earth with the sole purpose of terminating Tomoki since his dream is starting to connect both realities, the Earth and the Synapses, a very powerful angel indeed.

In Sora no Otoshimono: Forte, once again, Tomoki finds himself plagued by strange dreams which he can hardly remember after waking up. Though the rest of his life has returned to a semi-normal pace, these dreams continue to haunt him.

Ikaros and Nymph offer to use one of the powers issued to them by Synapse to gain access to Tomoki’s dream so that some sense might be made of it. Tomoki and his friends have to do the dirty work, though; Angelroids can’t have or see dreams themselves.

Tomoki and his friends are sent to the worlds of various dreams; Nymph can’t quite get the coordinates correct at first, so the group is treated to varied and rather embarrassing dreams of their own, before settling into Tomoki’s mind.

Tomoki insists that the dream isn’t his, what with the gray ground, leafless trees, and strange obelisk, but Nymph insists that it must be his. Tomoki’s friend Sugata is left to ponder the ominous imagery of the dream while another angelroid crashes to earth with a mission.

Nymph is an “Electronic Warfare Angeloid, Type Beta” who mysteriously appears in Tomoki’s house. She is condescending towards humans, whom she refers to as “bugs”; this is no doubt a result of her former master’s constant belittling of humans or as he calls them, “Downers”. After she spends time with them, she realizes the error of her ways and starts to treat them as equals.

Ikaros becomes bonded to Tomoki at the beginning of the story. Ikaros displays a very submissive, melancholic personality, and is completely subservient to Tomoki’s wishes. Ikaros possesses the ability to grant seemingly any wish through the use of several techno-magical cards. Despite her passive appearance, Ikaros has displayed moments of aggressiveness when Tomoki’s life appears to be in danger. While she begins with a poor grasp of human emotion, she eventually begins to acquire emotions and begins to fall in love with Tomoki.