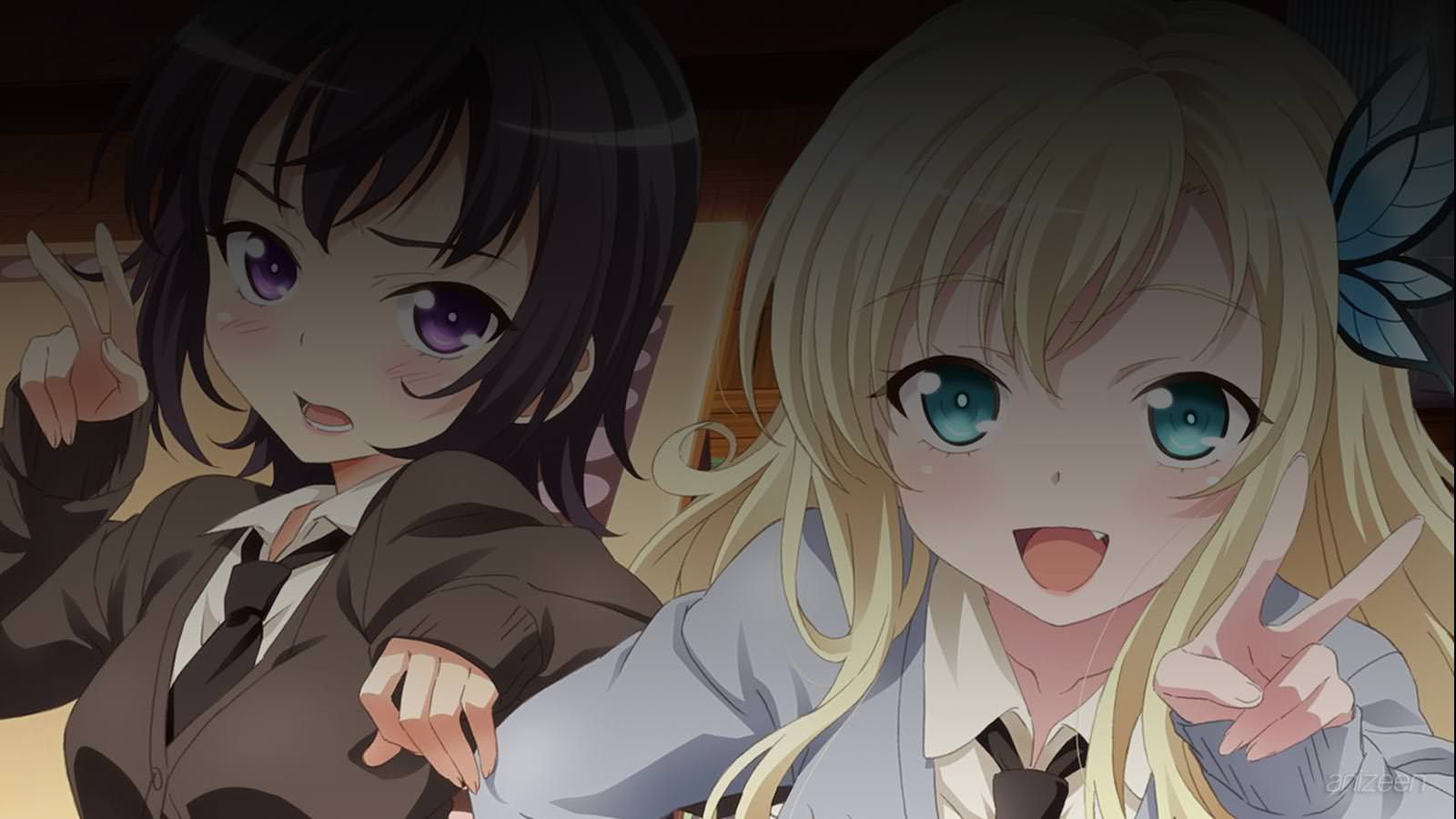 It’s a brand new day at St. Chronica’s Academy, a Catholic high school, where Kodaka Hasegawa just began attending as a second year student. So far, his day isn’t going smoothly as he’d expect. Everyone that sees him is scared and there are many rumors about him.

Unfortunately, for Kodaka, his hair is naturally blond, something that is seen strange in a Japanese boy. So, without knowing, for many years, Kodaka has grown a ‘Yankee’ reputation, and it seems that his new school won’t be different at all.

Kodaka is tired of this kind of life, but he has no clue how to change it. One day, he is about te enter his empty classroom and listens a female voice laughing inside. The girl is named Yozora Mikazuki, who is usually quiet and always radiates an aura of unhappiness.

Anyway, it’s late, and Kodaka doesn’t understand why it seems that Yozora is talking alone. Kodaka enters the classroom to pick up his stuff and he finds out that Yozora was actually talking alone. Of course, she is a bit surprised and embarrassed, but she is able to explain Kodaka that she was talking to her imaginary friend Tomo-chan.

Instead of saying something strange or mock Yozora, Kodaka feels he can understand her a little bit. He tells her to stop talking to her imaginary friend and try to find a real friend instead.

Both begin to talk about friendship, and how hard to define it is. They asked themselves: When did you actually become a friend of someone? Talking to a person makes you being his or her friend?

Even if Yozora thinks she is alright being alone with her imaginary friend, Kodaka still thinks he wants to have a real friend to talk and hang around.

So, why not join a school club and meet new people? Well, both are second graders, and that would be strange. That’s why they decide that the best way to alter this situation is to form a club and start recruiting members.

Kodaka Hasegawa is a transfer student who has not been able to make friends in his first month at St. Chronica’s. Of all of the members of the club, he is the most gentle, balanced and socially competent in personality; but his unusual hair color, inherited from his late English mother, leads classmates to assume he is a violent and abusive delinquent and spread defamatory rumors about him. Because of his long experience of antagonism, Kodaka has become accustomed to fighting and can defend himself quite well.

Yozora Mikazuki is a cruel and selfish black-haired girl who says she understands and respects bullying but resents being called a bully herself, Yozora’s difficult personality drives away anyone who might wish to make friends with her before she meets Kodaka. She is physically abusive towards, and often argues with Sena. She is Kodaka’s childhood friend, though at the time, he believed that she was a boy, calling her “Sora”; her nickname for him was “Taka”.

Sena Kashiwazaki is the wealthy blonde daughter of the school’s headteacher, Sena shows a dislike of all things “ordinary”. She is both attractive and academically successful, but her resulting arrogance leads her to be disliked by her female peers. Their admiration eludes her, much as she desires it; she treats her male classmates only as servants to be used, although many of them would like to be her boyfriend. Nonetheless, she holds Kodaka to a higher standard.