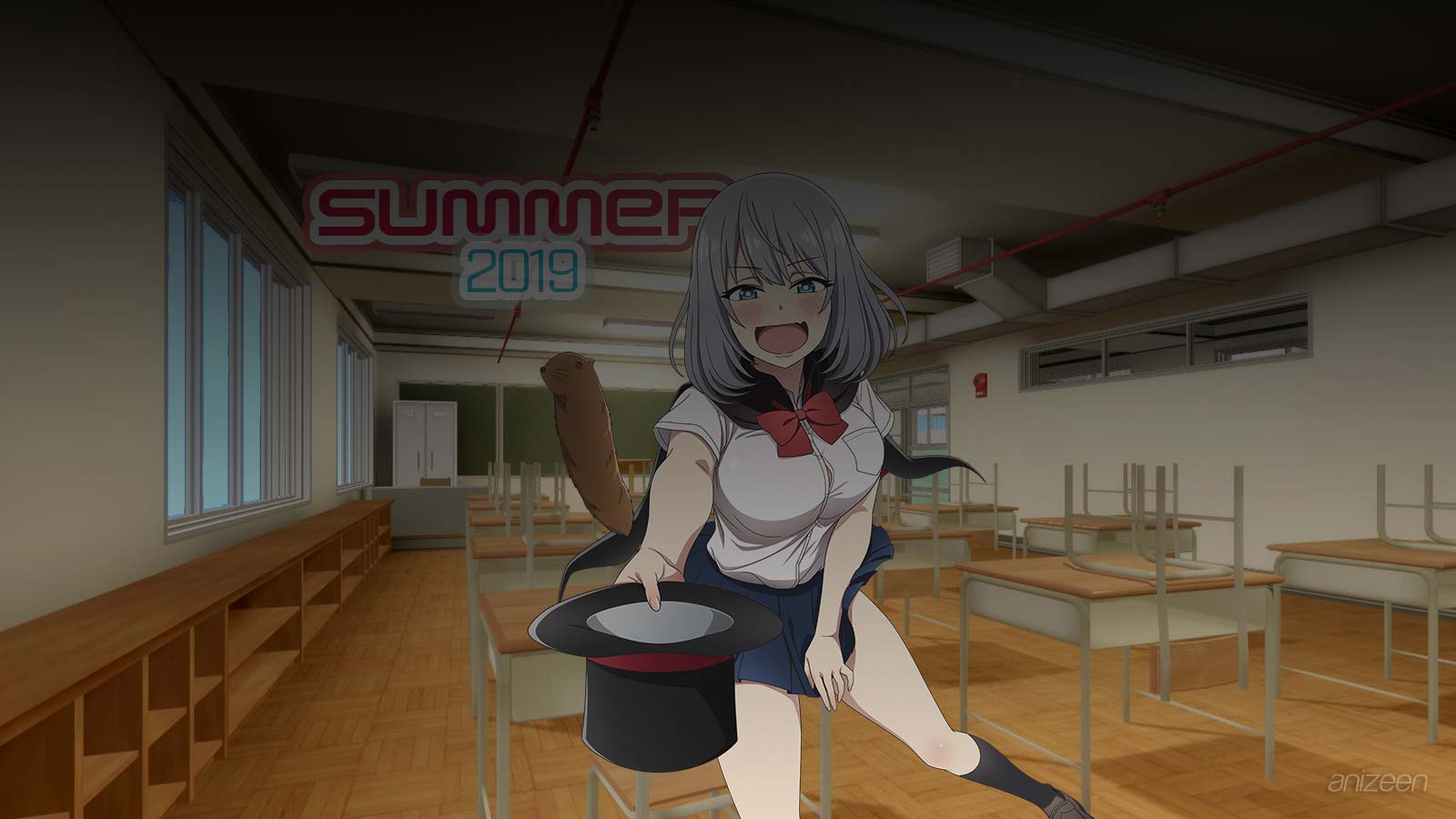 Do not know why, but something fishy is in the air this year, chaos seem to be everywhere, and every society faces all kind of threats. At least that is what politicians tend to say, and they reiterate it constantly, until it comes true.

Stay focused, inform yourself and live your life, willing to understand your neighbor, and respect those around you. If we did this, you think our community would be better?

Now, in terms of the Summer Anime Season 2019, things are different this year, you usually expect it to be huge, however, this year the number of series, and specially, movies, is limited.

During a civil war between the North against the South, the citizens in the north are outnumbered, and they decide to use dark magic to create super-soldiers known as Incarnates. In Katsute Kami Datta Kemono-tachi e, once the war is over, these beasts must learn their way in a peaceful society, or face death at the hands of a Beast Hunter. Nancy Schaal Bancroft, the daughter of an Incarnate, decides to hunt the hunter instead.

In the meantime, in a deserted island, a plane crash occurs nearby, and a group of high school students en up as castaways. In Sounan Desuka?, there is nothing available for them, no food or shelter. Therefore, the students will have to eat anything at hand, build traps, and take care of themselves.

Back in mainland, we find a nameless student, who just found out he is required to join a club. In Tejina Senpai, he reluctantly begins his search, and stumbles with his senpai, a gorgeous girl practicing magic tricks in her clubroom. She knows her act; however, she has stage fright and always end up in trouble.

Meanwhile, in a different world, we find Dale, a skilled adventurer, who comes across a young devil as he crosses the forest. In Uchi no Ko no Tame Naraba, Ore wa Moshikashitara Maou mo Taoseru Kamo Shirenai, our hero cannot see a child starve to death, takes her home and becomes her adoptive father.

In another time, one day, all of humanity has been petrified by a blinding flash of light. In Dr. Stone, after several millennia, Taiju awakens and finds himself lost in a world of statues. However, he is not alone; one of his old friends has been up for a few months and has a plan to start civilization once again.

Then we jump into a CG world, where Taichi and Rin are transported. In Isekai Cheat Magician, Taichi used to be a normal person, however, in this world they gain high levels of physical and magical ability, allowing them to start a new life as magicians.

And if you like those kind of series, in Naka no Hito Genome [Jikkyouchuu], eight game streamers wake up in the world of a mysterious free-to-play game. Now, they will compete in real-life games with life-or-death stakes, the survivor could earn up to 100 million lives.

Not enough? All right, you have another one, and this one has a strange setup. In Tsuujou Kougeki ga Zentai Kougeki de Nikai Kougeki no Okaasan wa Suki Desuka? Masato is the hero, and he is thrown into an RPG game world with his mother. However, there is a big secret behind, and mom knows better.

Then, in the year 198 of the Solar Era in Tokyo, fire brigades are fighting against a phenomenon called spontaneous human combustion where humans are turned into “Infernals”. In En`en no Shouboutai, later generations of Infernals now possess the ability to manipulate flames while retaining human form. Kusakabe is one of them, and is ready to join the Special Fire Force Company 8.

Finally, when a classroom of students is transported to another world to act as its saviors, however, Hajime ends up as the weakest of the group. In Arifureta Shokugyou de Sekai Saikyou, after a dungeon quest, he ends up separated from his group, with the duty to survive and discover his own talents.