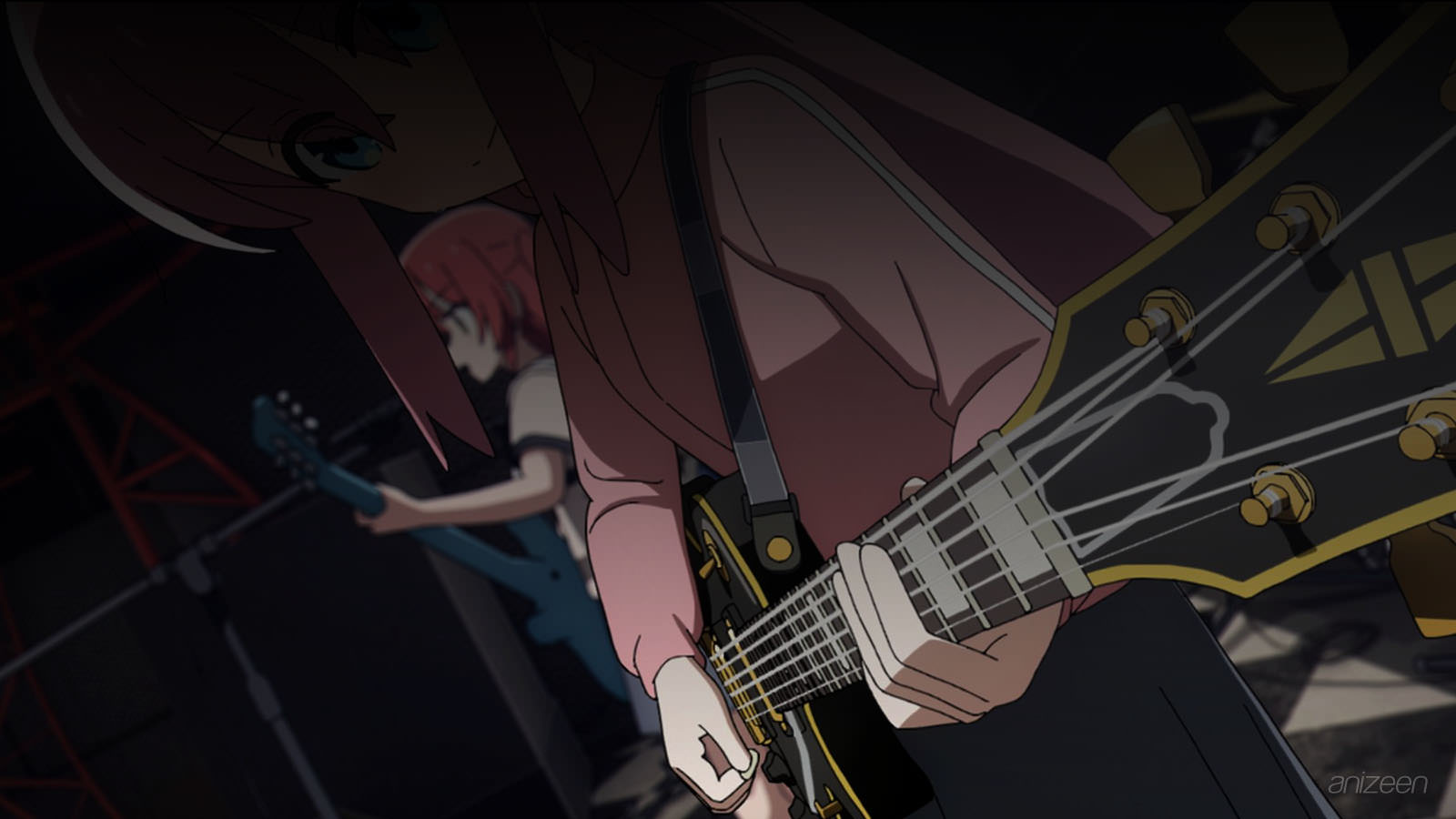 Since her childhood, Hitori has been an introverted girl, and she admits it, even though she doesn’t like the idea.

When she begins high school, Hitori decides that she must change, and find a way to get closer to other people and make friends.

One day, she sees a rock music band on TV, and one of his members comments that he was always an introvert, and thanks to his work with the band, he was able to express himself and communicate with others.

Hitori thinks that if he could do it, maybe she could give it a try too, and promptly asks to borrow the electric guitar from her father, thing that makes him incredibly proud.

The girl is determined to play the guitar, and she sets up several goals, and one of those is to participate in a school festival.

However, despite studying and practicing, three years go by and she is still unable to interact with other people. But thanks to the fact that she has practiced thousands of hours, she already has some skill with the instrument.

Her father advises her to play and record some famous songs, and later open a video channel. The experience has been good so far, and Hitori is excited to receive good feedback.

Now in her first year of high school, Hitori has decided to be more aggressive and ends up bringing her guitar to school, hoping that one of her classmates will take an interest in the instrument and start a conversation.

Unfortunately, Hitori doesn’t get any kind of attention all day. After school, the girl ends up sitting in a park, lamenting her misfortune.

However, out of nowhere Nijika, a young woman of a similar age to Hitori, appears, and she tells that her guitar player has left her band, and asks her if she would like to participate in a performance in her place.

Hitori hasn’t talked to anyone outside of her family in years, and she doesn’t know what to say. And since Nijika is in a hurry, she simply guides Hitori to the place where they can practice before the performance.

Despite her surprise, Hitori is excited, after all, playing in a band is one of her biggest dreams. Confident in her abilities, she tries to impress Nijika and Ryou, the bass player, but she ends up making many mistakes.

Hitori is very embarrassed, and doesn’t hesitate to hide in a box. Nijika tries to cheer her up, and tells her that it is normal, after all, she has never played with them before. And tells her that she has seen many videos online of a great guitar player, and that she will share them with her later.

It turns out that Hitori is the artist in those videos, and she is happy that other musicians recognize the effort that she has put in in the last years.

Hitori asks the girls for another chance, and although she stays inside the box, the girls finish their presentation without a hitch. Hitori promises that the next time will be better, and even though Nijika wants to celebrate, Hitori is exhausted and goes straight home.