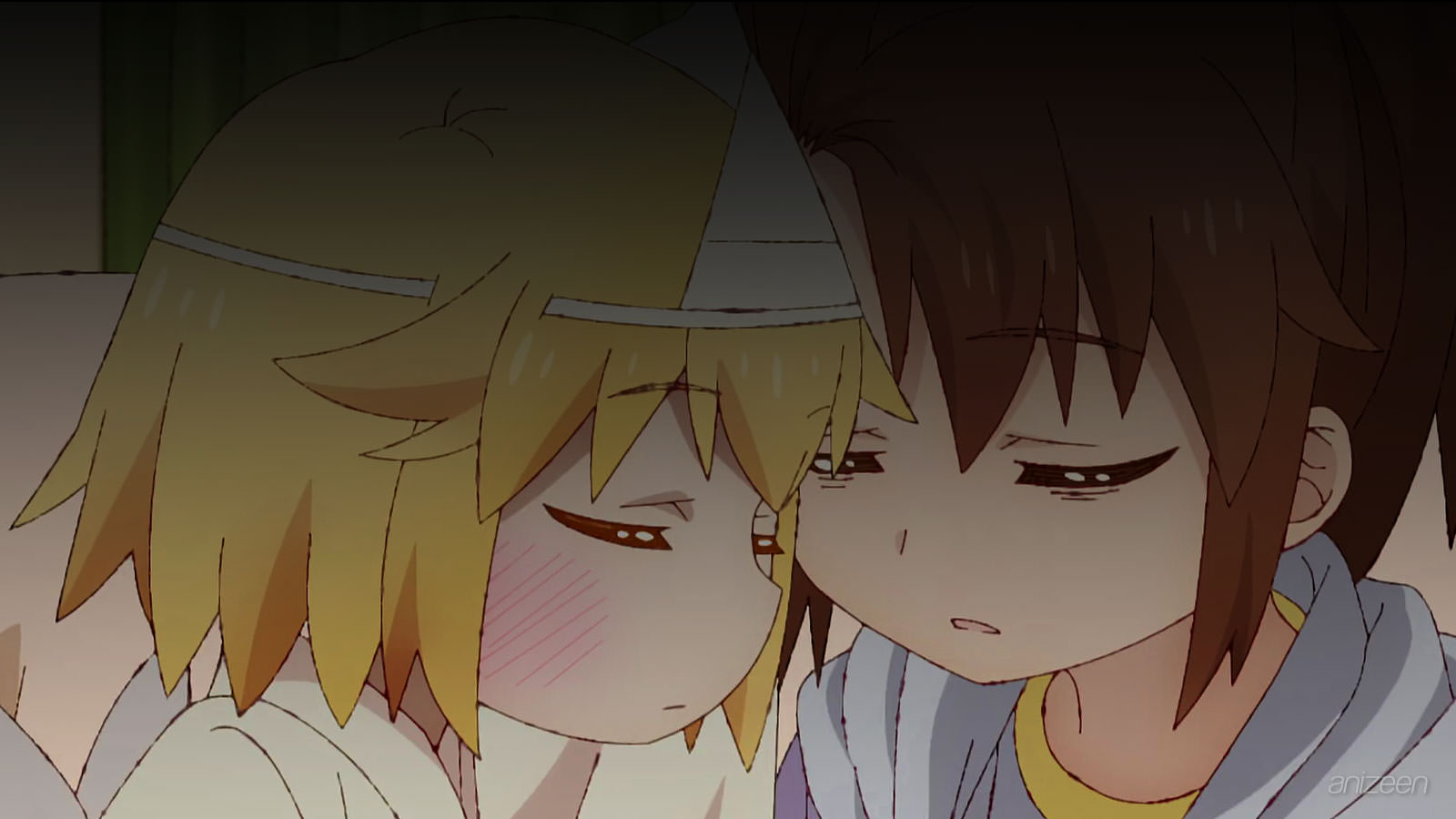 Fushihara-san is an average office employee, to whom, for some reason, her boss usually leaves her pending tasks in the office where she works.

As a result, Fushihara-san must stay at night to finish the extra work she has to do.

Lately, there have been rumors that some food goes missing at lunchtime, and a co-worker jokes that something supernatural is going on.

But when Fushihara-san doesn’t find a rice ball that she had for her lunch, she confirms that something strange is happening.

Meanwhile, in a warehouse in the same building, we meet Yuurei-chan, an adorable ghost who organizes the offerings that have been left for her that day, or so she thinks, since she has actually been taking some of the employees’ lunch.

From a distance, Yuurei-chan carefully observes Fushihara-san, and in fact, she recognizes that the head of the office seems to have something against her, after all, he always tells her to finish the job at the end of the day.

That night, Fushihara-san tries to concentrate and finish as quickly as possible, but she suddenly hears a strange voice ordering her to leave the place and go to her house.

Instead of being scared, Fushihara-san decides to investigate the origin of such a voice, and behind a copying machine she discovers Yuurei-chan, whom she finds incredibly adorable.

The ghost tries to convince Fushihara-san to go home and rest, but she tells her that she must finish her work.

So, Fushihara-san tells Yuurei-chan that if she wishes, she can accompany her. The ghost doesn’t hesitate twice and she sits on Fushihara-san’s lap and carefully watches her working, even telling her that she is going to help.

Fushihara-san is very excited and has trouble concentrating, as the temperature drops, Yuurei-chan jumps up and leaves the office, returning dragging a blanket in one hand and a cup of hot tea in the other.

Fushihara-san goes from excitement into ecstasy, Yuurei-chan is such a cute and considerate ghost, and thinks it would be good to work more at night in order to spend time with her.

Yuurei-chan tells her not to do it, she doesn’t want Fushihara-san to get so exhausted, instead, she asks her to lead a healthier life.

However, from then on, Fushihara-san will take her time to get to know Yuurei-chan and other friends of hers.